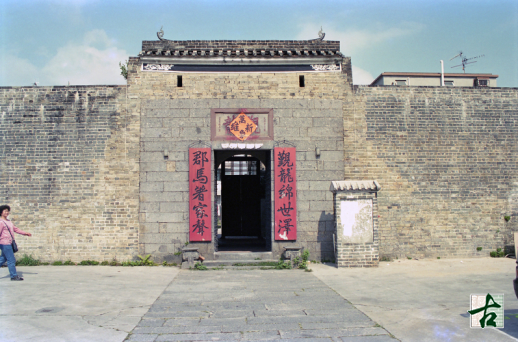 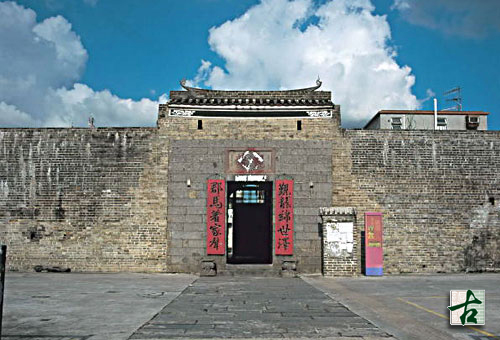 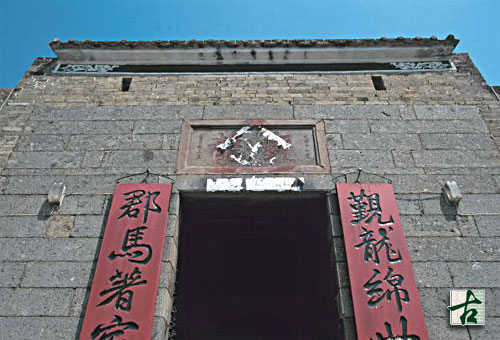 Kun Lung Wai, also known as San Wai, is one of the five walled villages built by the Tang clan of Lung Yeuk Tau, Fanling. It is also a very well-preserved walled village in the area. The Tang clan of Lung Yeuk Tau first settled in Fanling in the 14th century. According to the Chinese characters “Kun Lung, dated in the cyclical year Jiazi in the Qianlong reign” engraved on the stone lintel of the gate tower, the outer walls were built in 1744. Kun Lung Wai is enclosed with grey-brick walls on all four sides. The gate tower, which serves as the main entrance to the village, is situated in the middle of the southwest wall. The design of the tower, which comprises two free-standing, separate halls, is unusual. The tall, narrow front hall, with its facade made of grey bricks and granite blocks, has a beautifully decorated main ridge.

The restoration of the Kun Lung Gate Tower was completed in 1988.

Kun Lung Gate Tower was declared a monument in 1988.

Kun Lung Wai (San Wai), Lung Yeuk Tau, Fanling (Plan)
Please search the routes of different transportation modes for pre-trip planning.
The above information is for reference only, and is subject to change in accordance with the announcement of relevant organizations.
Back
Declared Monuments in Hong Kong - New Territories