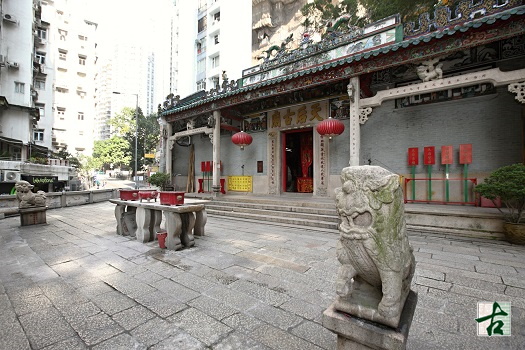 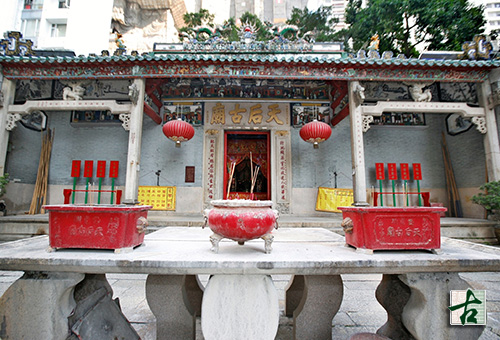 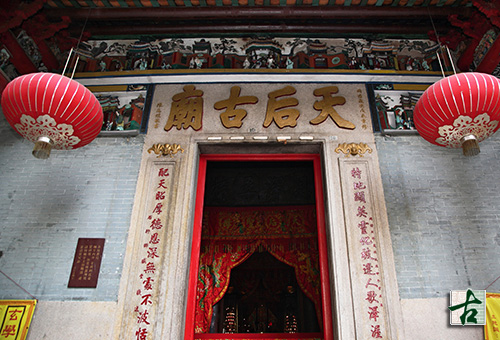 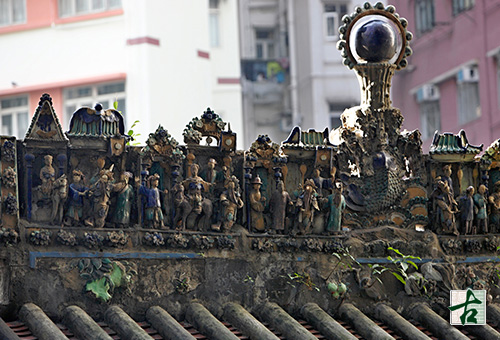 Tin Hau Temple in Causeway Bay was constructed by the Tai clan, although in what year is uncertain. Legend has it that the Tai clan found a red stone shaped like an incense burner on the shore at Causeway Bay; believing that it had been delivered by Tin Hau, the Goddess of the Sea, they built a temporary shrine to house it. The shrine then became so popular with boat dwellers in the area that the Tai clan raised funds to build a temple on the same site.

One of the oldest relics preserved inside the temple is a historical bell cast in the 12th year of the reign of Qianlong (1747). The name plaque above the main entrance and the accompanying pair of couplets were erected in the seventh year of the reign of Tongzhi (1868) during renovation. Many other relics dating back to the Qing dynasty are also housed in the temple, including historical plaques, couplets, an incense burner, stone lions and a carved stone offering table.

Tin Hau Temple is a two-hall building with two side halls. Inside the main hall are altars dedicated to Tin Hau, Bao Kung (Judge Bao) and the God of Wealth. The roof ridges are exquisitely decorated: the front ridge has two dragons scrambling for a pearl, geometric patterns and a dragon fish at both ends, while the rear ridge consists of Shiwan ceramic figurines depicting stories from traditional Chinese operas. The ‘cut-and-paste shard works’ that make up some of the decorations and couplets in the temple are a rarity in Hong Kong.

Tin Hau Temple was declared a monument in 1982.

Please search the routes of different transportation modes for pre-trip planning.
The above information is for reference only, and is subject to change in accordance with the announcement of relevant organizations.
Back
Declared Monuments in Hong Kong - Hong Kong Island