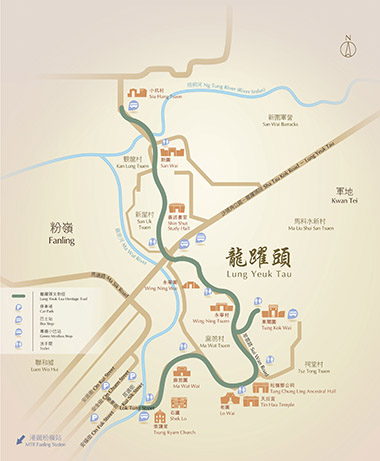 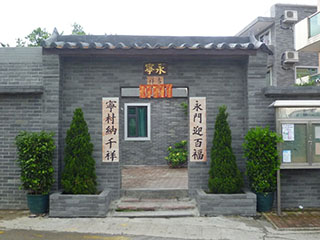 A branch of Wing Ning Wai and located to the northwest of that village on what it is said used to be Red Sand Hill, which got its name from the red soil in the area, Wing Ning Tsuen is also known as Tai Tang and has a history dating back some 300 years. The houses in the village face northeast and are mainly in three rows, with those at the front lower than those at the back in order to generate good feng shui. A fish pond that was once situated in front of the village has now been replaced by a playground.